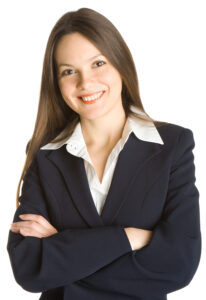 I am both amused and saddened every time I see the likes of Mark Zuckerberg, Serge Brinn and Marissa Mayer on the covers of Fortune, Forbes and Time. These individuals are remarkable, but they are also anomalies. Even with their hard work, sacrifice, and perseverance, they happened to be in the right place at the right time. At one point or another, every one of them has admitted as such.

But here’s the thing – When an ambitious twenty-two year-old sees an image of these tech titans, he or she is inclined to think, “Wow! He’s 32, I’m 22. That gives me ten years to get there. But I’m not going to do it by working in this lowly job.” And so the restlessness begins. Many in every generation enter the workplace with that kind of exuberance. But any seasoned contributor will tell you that success is the product of grit, strategy and patience. That doesn’t mean you need to wait six years to get promoted, but you do need to wait six months.

Yes, a degree of impatience keeps you motivated. But when it drives you to jump jobs, strike out on your own prematurely or cut corners, the success is liable to take longer. Malcolm Gladwell and others have written about the 10,000 hours it takes to become an expert. Whether it takes ten thousand, eleven thousand or nine thousand, it takes more time than many Millennials think they have.

Then, of course, there is the structure of most organizations. As much as much of society has come to believe in the benefits of an egalitarian way of working, most businesses remain meritocracies. That means lots of people at the bottom and fewer and fewer opportunities as you rise within the firm. There’s only so much room.

Finally, there’s perception. More than one Millennial has shown up on day one with a belief that he or she is just humoring the boss by doing the grunt work. They “know” that within six months their brilliance will have earned them a place “at the table.” But having experienced the same desires decades before, seasoned managers recognize impatience when they see it and are likely to dismiss this behavior as immaturity than as a new brand of acumen. Millennials who are perceived as restless and impatient do themselves a disservice.

So what’s the wisdom here? Number one, act strategically. Get to know lots of people, not for the purpose of positioning yourself, just for developing relationships. Do this face-to-face. Arrive five minutes before the meeting. Hang around a bit afterward. Shake hands, make eye contact, remember names, ask questions and listen three times as much as you talk. Be genuine. Seasoned contributors can detect a “positioner” a mile off. After a while you’ll be come known. When you are invited to the table, observe. Opportunities to participate will come over time.

Number two, be curious. Asks lots of questions. Know more about the organization than the people around you. Connect with people in other departments and get to know what they do. Read industry blogs and magazines. Read the Wall Street Journal, even if you’re three thousand miles from New York. Know how your employer compares to its competitors. Know how the industry is evolving. Become a student of the business you’re in. Moral? People who ask intelligent and thought provoking questions get noticed by those who count.

The days of waiting ten years to get promoted are long gone. The era of the six-month promotion is never going to arrive. Strategy and curiosity always win the day.

How to Torpedo Your Job Prospects with One Poor Decision

At What Point Does Cam Newton Have to Put on Big Boy Pants?

The Future is Unknowable – Risk is Measurable

Is It Okay to Play Solitaire at Work?