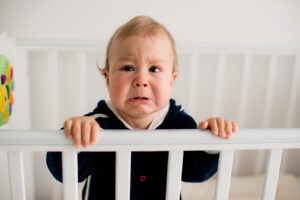 An update to a previous post — As you recall, I took Cam Newton to task for walking out on a press conference after the Carolina Panthers lost the Super Bowl. Now two months later, we find Panthers coach Ron Rivera, defending his glass-jawed superstar. Yesterday, Rivera pleaded with the press to give Newton a break because he’s (wait for it) . . .  a Millennial!  I can understand that some Millennials still cling to the fragility of not getting the trophy, but why would anyone want to enable them? Come on Ron, give Cam a smack and tell him to get back in the game! 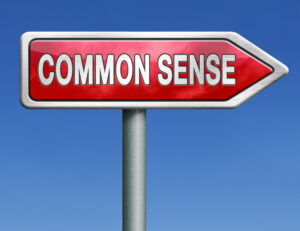 Well, the Super Bowl is over and we all know who won. (Full disclosure: I live in Denver.) But aside from the game, there has been controversy over Cam Newton’s performance during the post-game Q & A. He showed up late with a hoodie pulled down on his face and refused to answer the many questions with anything more than one-word answers. Then he got up abruptly and walked out.

Many have attributed this petulant performance to a lack of maturity. To me, however, this is also about decision making. The post-game Q & A is a mighty big stage upon which to pout. Most of us won’t have that kind opportunity. But we all face similar dilemmas and decisions regardless of our daily roles. The meeting goes poorly. We lose the big sale to a competitor. We are publicly embarrassed by someone’s comments. The list goes on. So where do you look for reconciliation, resources and resolve in disappointment? More importantly, what do you do to maintain perspective prior to the decision just in case? I am by no means a defeatist. But as they say, stuff happens.

Cam Newton is a gifted and ebullient athlete whose on-field antics have contributed to game’s excitement. But did anyone counsel him on the facts of Super Bowl life? Things may not go the way you planned. The opposing team may surprise you with unexpected looks. Their intensity may overwhelm yours. The favored team has lost more than once. Then what do you do?

I am fond of reminding people that decisions don’t have answers. They have results. When those results are not what you desired or expected, how will you navigate the fall-out? How will you make the best of a bad situation? How will you press-on and display grace under fire?

Effective decision making is about anticipation. It’s gathering resources, preparing to act and knowing what to do when things go wrong. It doesn’t take long to figure out these contingencies. But doing so beforehand is an essential element in learning to grow into any role.